Writing systems have always been a love of mine, I have learned to write so many, and forgotten an equal amount! For example for a bet, I learned how to write the Arabic abugida in two hours before meeting a friend for fun! However, I soon forgot how to read anything but the basics in Arabic. If you don’t use a writing system every day, you start to forget it, fortunately I’m able to read the Cyrillic and Japanese writing systems every day for work, the Greek alphabet for my Maths degree and the latin for everything else! I just love seeing how it all fits together and how they developed to perfectly cater for the language that uses it!

One part of language that is often thought to be intrinsically related is writing and with that come the different ways of writing, writing systems. In short, there are 5 main ways of writing: alphabets, abjads, abugidas, syllabaries and logographs.

Alphabets rule much of the western world, mainly because the way of building words in western languages lends itself to that with complicated conjugations of verbs with small changes to denote tense, person, number etc. An alphabet gives an easy way of representing all of these sounds. 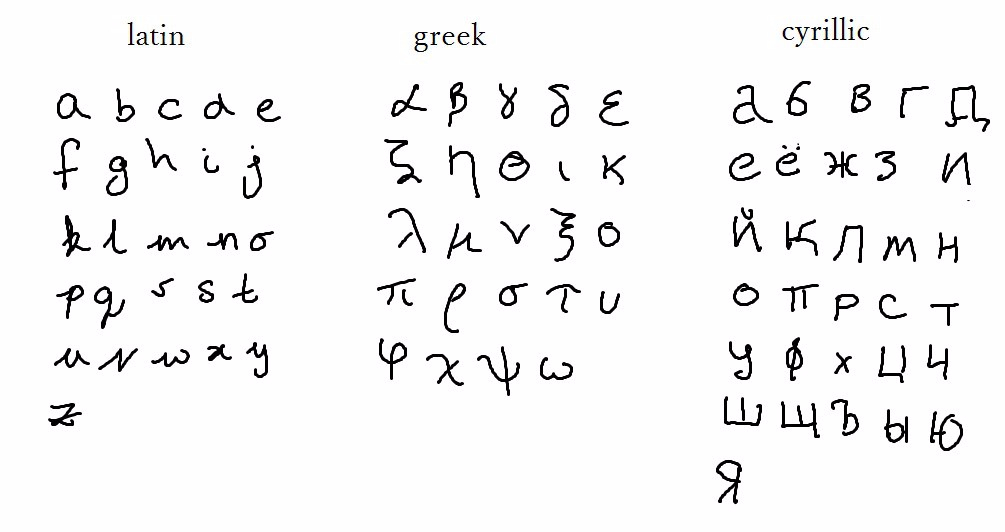 The name of the Abjad comes from a similar process and originates from the first four letters of the old Arabic script, a(‘), b, j and d: أبجد. This pattern also used to match older Hebrew and Phoenician scripts. The abjad is often called a consonantal alphabet, as in a pure abjad, only consonants are written. There are also impure abjads, wherein some vowels are written, such as the Arabic script and Hebrew scripts where the vowels ā (A:ا H:א), ū (A:و H:ו, and ī (A:ي H:י) are written explicitly, the long vowels (also called weak vowels).  The short vowels are not written in literary Arabic (or Hebrew) but may be written using diacritics to aid the pronunciation of words to someone learning the language or in children’s books.

Then comes the Abugida/Alphasyllabary, the name Abugida comes from the Ge’ez አቡጊዳ, which are four letters from Ge’ez with the pronunciation of abugida.  Abugidas are made of consonants that have an inherent vowel when written alone, they can have diacritic markings on the consonant to affect what vowel follows it. The diacritic could come before, after, above or below the consonant but is pronounced afterwards. Examples of languages that use an abugida are Sanskrit and Hindi (the Devanagari script). I have never learned an abugida before, so there isn’t a terrible example of one written! 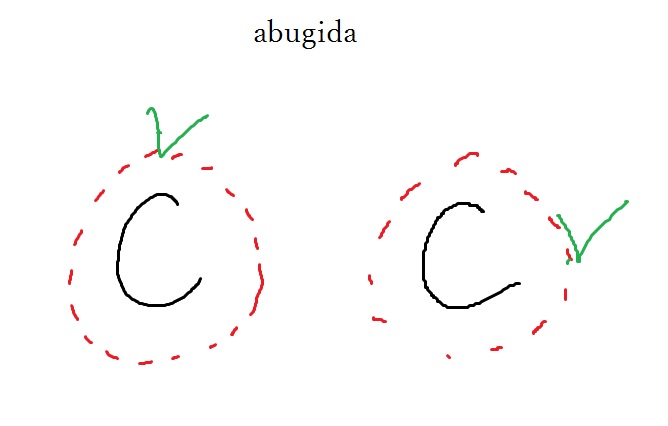 Here shows how the consonant is the main letter of the writing system, it is just affected by a vowel marking.

Syllabarys are writing systems where the letters come in consonant-vowel pairs (and sometimes just a vowel alone). An example of a language using a syllabary is Japanese with its use of hiragana and katakana:

The letters in the syllabaries represent syllable sounds and pairs itself with how a language such as Japanese sounds, for example the sentence Flowers will bloom in Japanese is hana wa saku (はなはさく 「花は咲く」) where ha is represented by は, a single /letter/. The second bracketed sentence means the same thing and is pronounced in the same way but it uses logographs.

Then the logogram, which contains more writing systems including the pictographs and ideographs, has a name not originating from one of the languages it is used to write. Instead, its name stems from logos in Greek meaning word and the stem gram meaning to draw. Logograms are often the most abstract to western people as they often contain no hint of pronunciation. Languages that use logograms include Japanese (kanji) and Chinese (hanzi). They were originally pictographs, representing the world around them in the Oracle Bone Script. But over time, this became more sophisticated and developed into the characters we know, love and fear today!

Pictographs are representations of what we see:

Whereas logograms need not be perfect pictures. An example of a more complex logogram is from Japanese:

Here, the meaning and pronunciation of the word is given in the Kanji itself! They make a more efficient way of conveying meaning across to a reader. Think of the numbers: 1, 2, 3… They don’t have anything “one” or “two” about them, but we know and pronounce them as that, that’s how the logogram characters work!

(All examples were drawn terribly by me)

One thought on “Writing Systems – What got me hooked on languages”